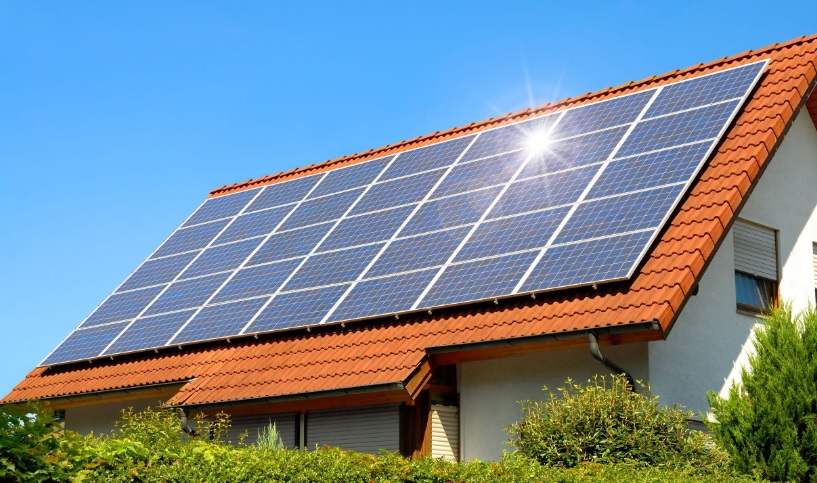 The concept of solar cells is simple, the idea is a device which converts the energy of light into electricity, that then powers other devices. This is achieved by photovoltaic effect that is a physical and chemical process where current, voltage or resistance changes when exposed to light. To make it simple the process goes like this there is to layers of Crystalline silicon (c-Si), one of the layers the atoms have a positive charge and the other layer they have negative charge. When the light hit this material, the electrons start to move from the positive charge to the negative through the device that is connected to the solar cell. But when it’s only one cell it can only produce 0,5 volts to 0,6 volts, so to make it useable solar panels are made of a series of connected solar cells with copper wire.

Today’s solar panels produce between 250 and 400 watts per hour for each panel. To get the most efficiency out of these panels it needs to be angled perpendicular towards the sun. Depending on where you live the most efficient angel can change, but it is recommended to be installed facing true south and a tilt between 30 and 45 degrees if the solar panels are stationary.

Solar energy has a huge potential energy it is calculated that in one hour the energy from the sun can power a year of energy consumption of everyone on the planet. This means that we can create energy without consuming the earths minerals or do damage to the environment, and since the most important component in solar cells consist of silicon (Si), which is made mostly from sand so it does minimal harm.

Solar cells are a great way to get energy from and can contribute to less environmental harm. If we can learn to utilize the energy from the sun optimally with solar cells and reduce the cost, we could make an almost zero carbon emission planet. This would be a big step for our future.